A STORY ON THE EFFECT CLIMATE CHANGE IN MY AREA 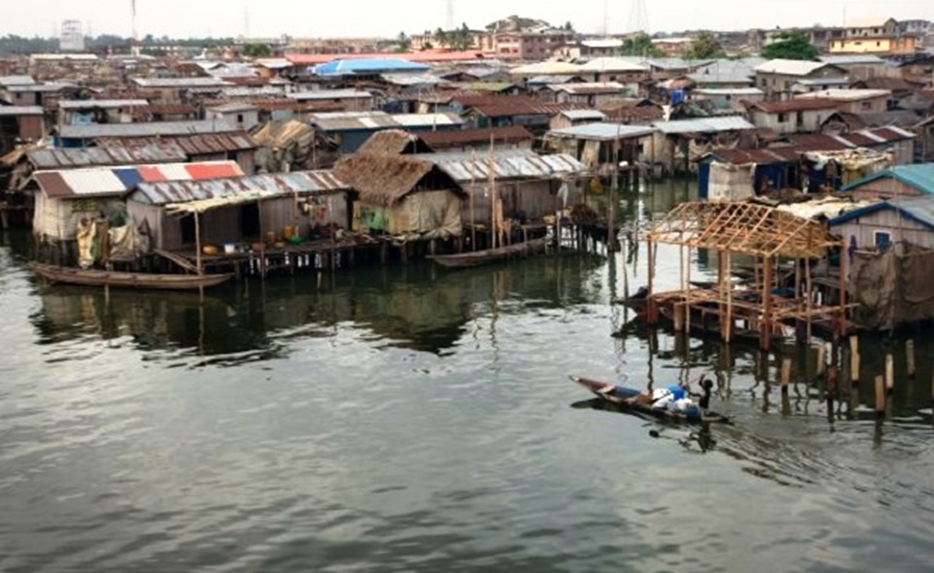 I was born and bred in a house beside the river; my father was a farmer and fisherman, while my mother was a smoke fish seller. Every day, I took up the task of following my father to get fish from the river. My whole life depended on the money the family gets from the sale of fish, fresh and smoked. I grew up in the midst of families who do what my family does. A day will not pass by without me eating fish. I grew up to be a very strong young man who knew how to swim fish and farm.

One day, I noticed a very strange occurrence which had never happened since 17 years ago when I was born. All of a sudden, people started running and I saw my friends in the neighborhood running too. Then in about 10 minutes, they stopped running, but I noticed two men and the three women were still running on the road. They heard the terrible gallop gaining on them. Now the waves arrived in a single line, rolling, tumbling with the thunder of a charging battalion. With their first shock, they had broken three poplars; the tall foliage sank and disappeared. A wooden cabin was swallowed up, a wall was demolished; heavy carts were carried away like straws. But the water seemed, above all, to pursue the fugitives. At the bend in the road, where there was a steep slope, it fell suddenly in an immense sheet and cut off retreat. They continued to run, nevertheless, splashing through the water, no longer shouting, mad with terror. The water swirled about their knees. An enormous wave felled the woman who was carrying the child. Then all were engulfed.

"Quick! Quick!" I cried. "We must get into the house. It is solid--we have nothing to fear."

We took refuge upstairs. The house was built on a wood above the road. The water invaded the yard, softly, with a little rippling noise. We were not much frightened.

"It’s okay!" said Papa Kola, an old man who lived next door, to reassure every one, "this will not amount to anything. I remember in 1955, the water came up into the yard. It was a foot deep. Then it receded."

"It is disastrous for the crops, just the same," murmured my mother.

"No, it will not be anything," I said, seeing the large questioning eyes of our girls.

Iya Temi had put her two children into the bed. She sat beside them, with taiwo and kehinde.

"Come up!" I cried to our two workers, who were wading in the compound. "Don't stay there and get all wet."

"But the animals?" they asked. "They are afraid. They are killing each other in the barn."

The rescue of the animals would be impossible, if the disaster was to attain greater proportions. I thought it unnecessary to frighten the family. So I forced myself to appear hopeful. Leaning on the window, I indicated the progress of the flood. The river, after its attack on the village, was in possession of even the narrowest streets. It was no longer a galloping charge, but a slow and invincible strangulation. The hollow in the bottom of which Eti-Osa Primary School was built changed into a lake. In our yard, the water was soon three feet deep. But I asserted that it remained stationary--I even went so far as to pretend that it was going down. We slept in the arms of our parents like little babies.

I will never forget a day like that in my whole life. The second day was a Monday… and I was please to narrate the whole story to my friends in school. I never knew my teacher has been listening to the story I was telling my friends, then she decided to take us on Climate change, which happens to be LESSON 14 in our Geography Textbook. I paid absolute attention to all she was saying as I didn’t want to be a victim of the incidence a second time. Our teacher told us that it was a flood that happened and it was as a result of our negligence

Floods can distribute large amounts of water and suspended river sediment over vast areas. In many areas, this sediment helps replenish valuable topsoil components to agricultural lands and can keep the elevation of a land mass above sea level. On the negative side, floods disrupt normal drainage systems in cities and typically overwhelm sewer systems. Thus, raw or partially raw sewage spills are common in flooded area. Additionally, if the flood is severe enough, destruction of buildings that can contain a large array of toxic materials (paints, pesticides, gasoline, etc.) can cause the release of these materials into the local environment, which is not good. I'm sure you could imagine other "negatives" similar to those I've just described.

Floods disrupt many people's lives each year and personal tragedies due to flooding occur frequently. A wise society, in my opinion, would reap the benefits of flooding and avoid many of the negatives if they would choose to build cities in ways that can accommodate flooding without trying to avoid it. Attempting to go against nature is almost certainly a losing prospect in the end. Flood prevention is really something left up to cities and towns. If where you live aren’t flood prone, maybe there is some other natural hazard that does affect your area that you could learn about and help with instead. As individuals, if we all keep the minimum amount of toxic substances (paints, solvents, automotive fluids, etc.) around our homes, there will be less of these substances to "spill" when any sort of unfortunate natural disaster befalls the communities in which we live.