Can Nigeria Meet its Electricity Goals by 2030? We found out.

Nigeria has been unable to provide its growing population with reliable power supply. Despite the billions of dollars spent in the energy sector, about 80% of the population still does not have access to on-grid electricity. Meanwhile, 4 out of 5 people that do have a grid connection have to rely on expensive, dirty petrol and diesel back-up generators to complement the electricity coming from the weak and unreliable power grid.

Nigeria’s energy crisis has a high cost to the economy, from rural livelihoods to manufacturing and exports. Studies have shown that Nigerian households and small businesses spend 2 – 3 times more on kerosene, petrol and diesel than they do on On-grid electricity. In 2014, the Nigerian Ministry of Trade and Investment reported that Nigerian products could not compete against comparable imported products as they are about 30% more expensive due to the high cost of generating power from back-up generators.

There is considerable uncertainty around the exact number of back-up generators in the country. Some studies have estimated that Nigeria could have as much as 15,000MW installed capacity of power generators. Other studies have put the installed generator capacity in Lagos alone at around 16,000 MW. These generators range from small 0.5 KVA for a small kiosk to large 75 KVA / 60 kW generators servicing residential estates and industries across the country.

Policymakers understand that the electricity crisis is crippling the economy. They now need to make the necessary decisions on the way forward of providing sustainable electricity access to all Nigerians.

The Nigerian government has three key ambitious targets for its electricity sector by 2030, namely: access to electricity for all, a 30% share of renewable energy target and a climate emissions target. The three targets are highly interdependent and cannot be achieved in isolation.

Electrification Access: The Sustainable Energy for All Action Agenda (SE4ALL) targets 90% of Nigerians (both in urban and rural areas) having access to electricity by 2030.

Renewable Energy Share: According to its SE4ALL agenda and the Renewable Energy and Energy Efficiency Policy plan (REEEP), Nigeria intends to generate about 9,000 MW of on-grid power from renewable energy sources by 2030. This would constitute about 30% of the energy mix. The on-grid renewables goal includes medium- and large-scale hydropower dams.

Climate Emissions Target: In adopting the Paris Agreement on climate change, Nigeria committed to reductions on its carbon emissions from the power sector, as well as other economic sectors by 2030. Under its most ambitious target, Nigeria aims to keep emissions in the power sector below 300 MtCO2e (million tons of carbon dioxide equivalent) by 2030.

The Heinrich Boell Foundation in Nigeria supported a study assessing the feasibility of achieving Nigeria’s 2030 targets for electricity access, renewable energy share and carbon emissions reductions. The study involved gathering and reviewing published data, policy documents and a wide consultation by interviewing experts and policymakers from the sector.

To assess the feasibility of Nigeria realizing its vision for the electricity sector by 2030, the researchers developed three different possible scenario pathways Nigeria could take. These scenario pathways give an insight into the country’s chances of meeting the three targets by considering different possible policy measures Nigeria is likely to implement over the next decade.

The Status Quo Scenario – This pessimistic scenario assumes little changes (policy-wise) while government activities follow historical trends. The sector transformation is slow, and implementation of national policies/plans is weak. The result is a slowdown (or lack) of investments in both on- and off-grid electricity. There is a lack of new policies and regulatory framework improvements supporting off-grid electricity access. Under this scenario, the enabling environment is poor, fueled by poor coordination across the value chain, and high investment risks.

Small Change Scenario – This scenario describes moderate improvements in the sector, including investments, government policies, and a wider enabling environment for electrification. Under this scenario, investments in grid transmission and gas pipeline networks rise at a very slow pace. The scale-up of decentralised and renewable energy markets is delayed. There is also a poor implementation of quality standards. However, there are marginal improvements made in coordination across the value chain and between governments and investors.

Green Transition Scenario – This is the best-case scenario, with all current government plans being fully implemented, leading to a substantial transformation of the sector. The government supports the development of both on-grid and off-grid generation at a high pace, triggering a significant inflow of investment from the private sector. There are a series of financial incentives for on-grid generation projects, while the distribution companies are restructured to improve liquidity in the sector. There is strong support for the off-grid sector, enhanced data collection, coordination across the value chain with an active collaboration between government and investors.

To accurately assess the feasibility of Nigeria meeting its targets, certain assumptions were taken into consideration based on the potential energy demand and supply by 2030. Based on numerous interviews of experts, the researchers assigned different demand and generation capacity assumptions to each scenario

Electricity Demand Assumption - The assumptions on potential energy demand are derived from estimated population growth and the “Multi-Tier Framework” for energy access developed by The World Bank [1].  Following United Nations estimates, the study assumes that Nigeria’s population will grow at an annual rate of 2.5%.

Electricity Supply Assumption - Supply assumptions are built upon an evaluation of the investments that are currently planned in the power sector, their likely success rates and the potential scale-up of off-grid renewables by 2030. For example, the Green Transition scenario assumes that there will be a total of 10 GW of natural gas installed capacity by 2030.

These fundamental assumptions were combined with experts’ opinion on the sector’s development and hard data gathered to build a computer model. This model simulates Nigeria’s targets on electricity access, renewables and carbon emissions under the three different scenarios. You can find further information about the model as well as the full data set here.

The simulation shows that under the Green Transition scenario, Nigeria can achieve all three targets on electrical access, emission reductions and renewable energy share.

Under the Green Transition scenario, the simulation showed that over 235 million people (90% of Nigeria’s population in 2030) get access to electricity, with over 88 million using sustainable off-grid solutions. The scenario predicts that Nigerians will install millions of standalone solar systems, equivalent to around 35MW of capacity by 2030. The on-grid share of renewables reaches 15% of the energy mix, without large hydropower. If one includes large hydro dams, the renewables share increases to 19.3%. 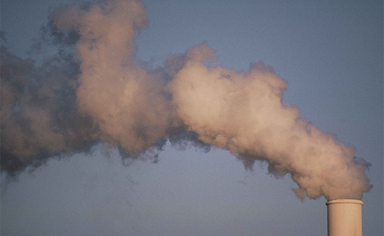 What have we learned

The study has revealed that Nigeria can meet its electricity, renewable energy and emissions targets, specifically, through a green transition scenario where the government has successfully implemented all of its current plans to develop the sector.  This can only be possible through concerted combined efforts of both off-grid and on-grid solutions.

For Off-grid:  Under the green transition scenario, sustainable off-grid solutions could deliver electricity access to  88 million Nigerians by 2030. This is only possible through an unprecedented speed and scale of transition in the off-grid sector. For this to be realised, financial flows from grid-connected investments would need to shift rapidly to off-grid systems, grid expansion plans need to be coordinated with the roll-out of off-grid solutions, and standards and skills need to be improved dramatically in the sector.

For On-grid; The study predicts, under a green transition scenario, a significant increase in electricity access to the grid from current levels with 28% of Nigeria’s electricity coming from natural gas, 5% from hydro and 4% utility-scale solar. However, this is reliant on a wide range of improvements in funding, policies and enabling environment measures. But most especially Nigeria may need to restructure the distribution companies and review its electricity tariffs. 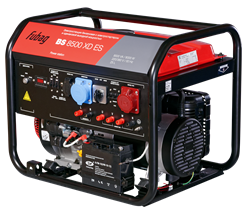 The study reveals that Fossil-based back-up generation will continue to play a substantial role in 2030. Even under the Green Transition (best-case) scenario, the study showed that almost half of the Nigerian population will still be dependent on these back-up generators with demand growing above 100TWh as there are no near-term clear policy signals to show a different trend. There is much uncertainty around how many generators there are in Nigeria and what growth trends they will show in the future.

Nigeria needs to develop its economy and it needs to do so in a climate-friendly manner, and sustainable electricity is fundamental to reaching Nigeria’s development goals. This study has shown that Nigeria can reach those goals, but certain measures (as indicated by the study in details) need to be implemented such as;

3.       Enhancing coordination across the value chain with active collaboration between government and investors.

4.       Getting a better understanding of the market for back-up generators, their costs and impacts.

This study can help relevant stakeholders forge better electrification strategies, capacity expansion and emission mitigation plans (including an upcoming update of its Nationally Determined Contribution), as well as support policy and investments decisions.

[1] “The Multi-tier Framework (MTF) was designed in 2015 under the SE4ALL initiative providing a new definition and metric energy access that is broader than binary metrics, which takes into account the quantity and quality of energy being accessed. The framework has proven to be a useful tool for measurement, goal-setting, investment prioritization, and tracking progress”