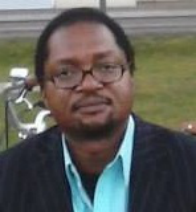 Gbenga Komolafe, General Secretary of the Federation of Informal Workers of Nigeria (FIWON) is a 1991 graduate of the University of Ibadan where he was part of a national student movement that campaigned relentlessly against military rule. He later played leading roles in such pro-democracy and human rights organizations as the Committee for the Defence of Human Rights (CDHR) and the Center for Constitutional Governance, (CCG). He joined the Trade Union Congress of Nigeria between 1998 and 2002 where he became part of collective bargaining and negotiations with employers and government. He was also a member of a research network, the Civil Society and Informalisation in Nigeria (CISIN) put together by the Center for Research and Documentation, Kano under the coordination of Prof. Ruth Meagher of the London School of Economics (LSE) In 2010, he started organizing informal workers’ organizations under a common platform with a view to transform their living and working conditions towards drastic reduction in the levels of poverty and social marginalization which underlie informal work in Nigeria.