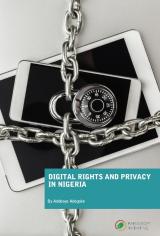 This report by the Paradigm Initiative explores the state of digital rights and data privacy in Nigeria. It outlines how personal data is collected and retained, and how privacy can be breached by both private and state actors.

Tackling hate speech requires the protection of freedom of expression

Analysis
In a digitalized and increasingly polarised world, questions about how to protect freedom of expression online while curbing hate speech and online abuse, are at the centre of discussions about human rights protection.
By Patricia Meléndez

There is an increase in civil society repression in several countries in the world. More countries are introducing new laws that are shrinking the space for civic participation. The Civic Charter was developed by an international coalition of civil society organizations to protect the freedom of expression, information, assembly and association. 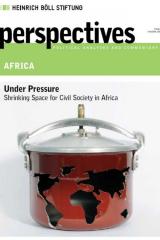 Perspectives #03/2016: Under Pressure: Shrinking Space for Civil Society in Africa

Activists, non-governmental organisations (NGOs) and social movements across the world are facing verbal hostility from politicians, new laws and regulations that curtail their ability to operate, and outright violence. Africa is no exception.

Are You Free on the Internet in Nigeria?

If passed into law, the so-called “Social Media Bill” before the Senate in December 2015 would impose penalties of two years in jail or fines up to 5 million Naira for using the internet to send ‘abusive statements’. The bill makes it the 38th bill which in whole or part attempts to limit freedom of speech online, invade internet privacy or introduce internet surveillance and policing in Nigeria. And there is more, as ‘Gbenga Sesan outlines in his report on Internet Governance in Nigeria.Download PDF