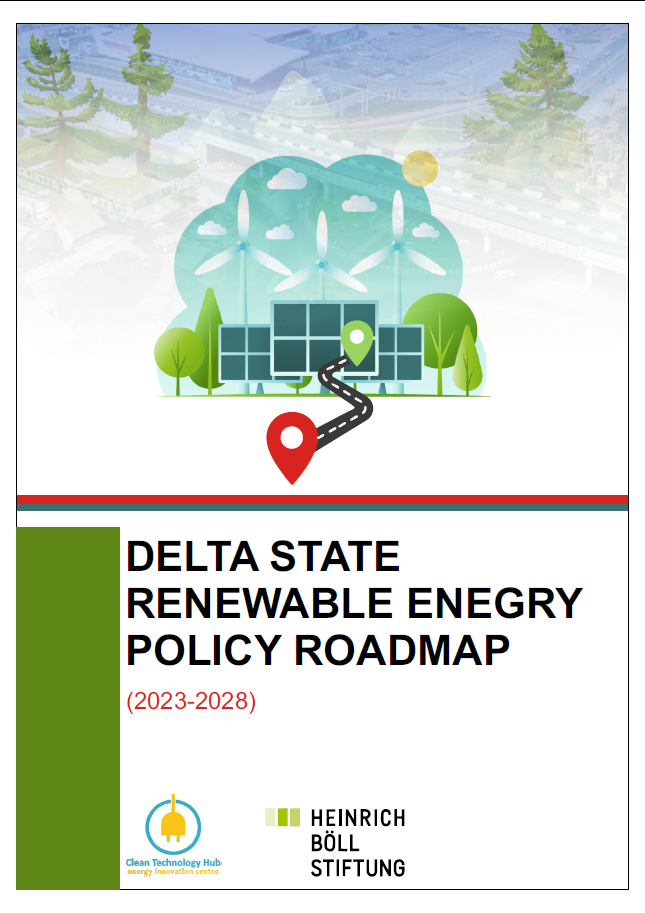 Clean Technology Hub, with support from Heinrich Böll Stiftung, has developed a policy proposal for the Delta State Government to adopt a renewable energy policy roadmap that will serve as a blueprint to achieve the state’s vision for access to electricity, climate resilience, and economic growth beyond oil. 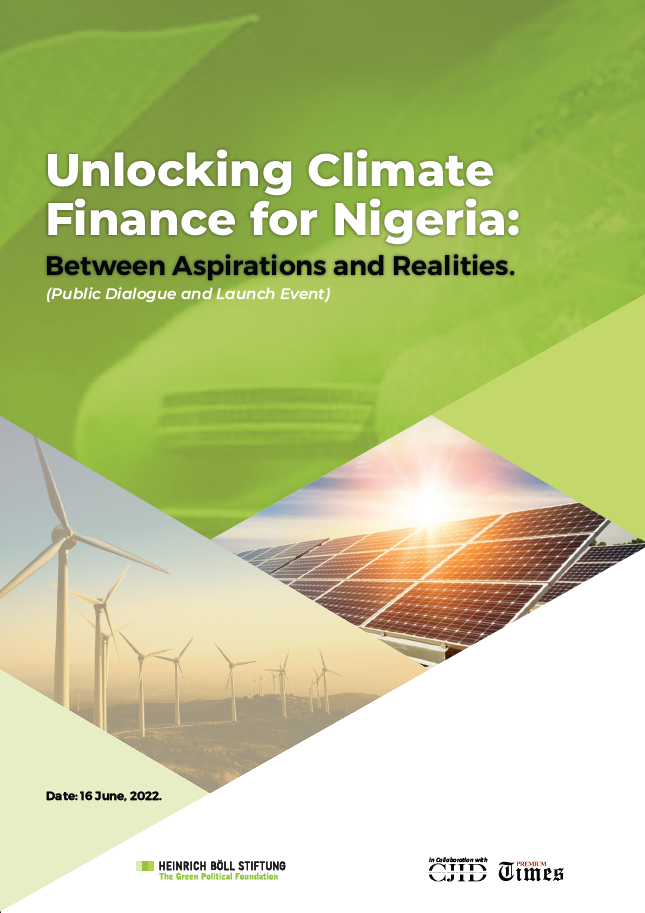 Heinrich Böll Stiftung (HBS) and the Centre for Journalism Innovation and Development (CJID) partnered to host a public dialogue on climate finance, pertaining to how Nigeria can mobilise more resources to migate and adapt to the devastating impacts of climate change. The public dialogue also served to launch the report, “Unlocking Climate Finance for Nigeria: Between Aspirations and Realities”.

Debt Relief for a Green and Inclusive Recovery: Making the Case for Nigeria

Nigeria’s debt levels are fast becoming unsustainable. The country will be hard-pressed to achieve its developmental and climate commitments given the current fiscal constraints. A debt relief for a green and inclusive recovery initiative could provide innovative solutions to address the challenge.
By Jochen Luckscheiter

Report
Nigeria's green bond programme in support of the country's NDC targets stands out as the first of its kind in Africa. This report takes a critical look at how the programme has been implemented thus far and puts forward suggestions to improve development outcomes. 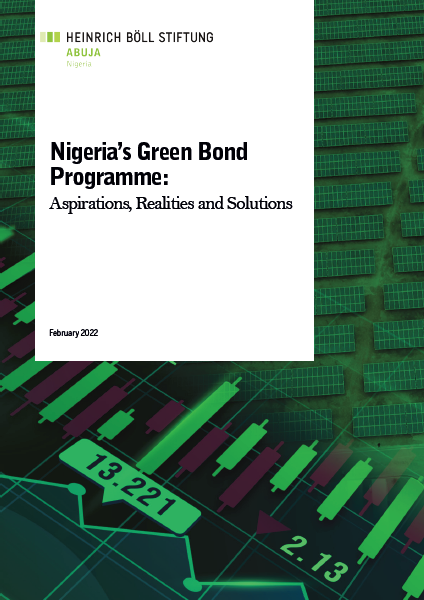 The Nigerian government has raised billions of naira to finance energy and land-use projects using green bonds. This report hopes to make a meaningful contribution towards ensuring that mechanisms for transparency, accountability, sustainability and value for money are put in place throughout the processes of green bond issuances in Nigeria.

Debt Relief for a Green and Inclusive Recovery in Nigeria?

Event Recording
In this online event hosted by hbs, experts discuss a Debt Relief proposal with the potential of minimizing Nigeria’s growing debt burden and also sets the country on a path to a green and inclusive recovery. 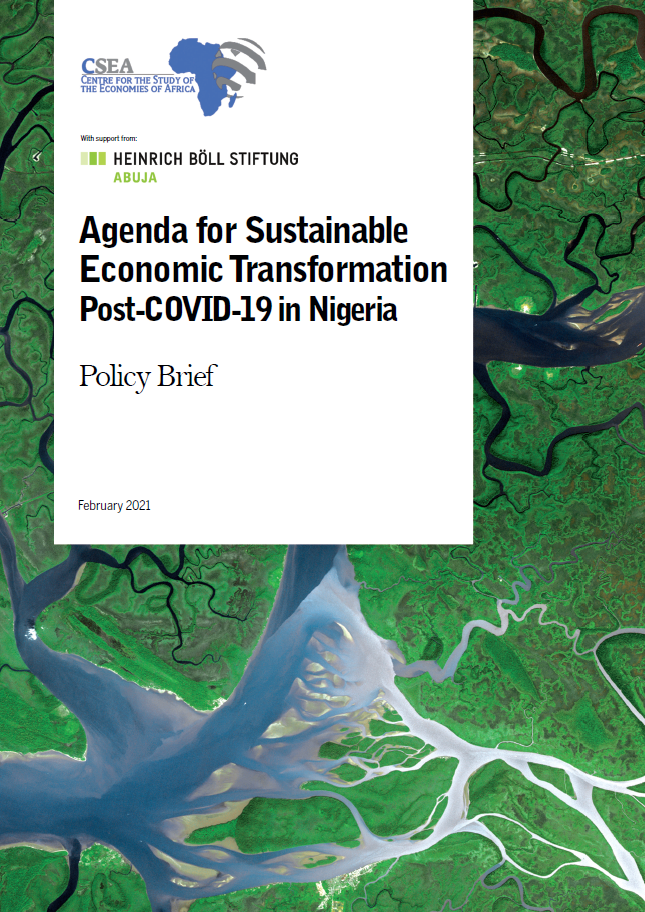 This policy brief examines the pre-existing Nigerian economic vulnerabilities, evaluates the government’s responses to the COVID-19 pandemic with regards to achieving a green and more-diversified economy, and develops a new agenda and strategies for sustainable growth and economic transformation. 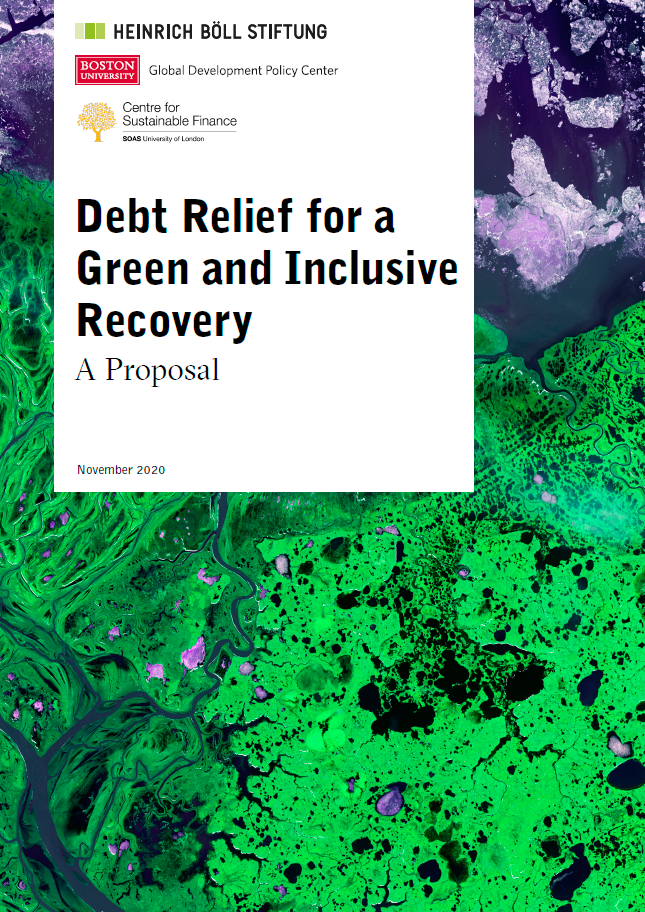 The Project Debt Relief for Green and Inclusive Recovery was conceived in the summer of 2020 to advance innovative solutions to address the sovereign debt crisis that many countries in the Global South are facing at a time when social progress is under threat and urgent climate action is needed.

Lagos and Its Potentials for Economic Growth

If taken as a country on its own, Lagos would be amongst the largest economies in Africa. It has been able to diversify its economy and to considerably reduce its dependence on oil allocations. But its potentials are still huge if it invested in skilled labour force, reduced its bureaucratic hurdles and adopted an inclusive development approach.
By Dr. Ijeoma Nwagwu and Tamilore Oni

Nigeria‘s population of about 170 million people share 4,000 Megawatt of electricity between them. That amounts to about 3 light bulbs per person. However, Nigeria sees itself as a future world economic power. So how is Nigeria going to power its envisaged economic growth? What is Nigeria’s energy future? This article is based on a lecture held at the Lagos Business School by Hans Verolme, international expert specialising on green development solutions, climate and energy.
By Hans Verolme